How to use the ProfilGate® aqua cleaning system to remove 99% of the bacteria from your trolleys and work shoes.

ProfilGate® aqua is a cleaning system which has been developed for the disinfection of tires, rollers and soles. It consists of trays that are filled with disinfecting liquid. The filling level is controlled by an adjustable overflow plug. It can be adapted to the individual installation conditions and requirements. 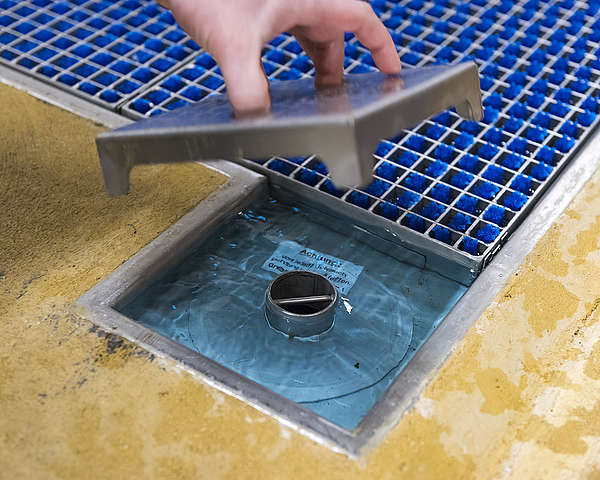 The trays are fitted with grates in which brush strips are clamped. When passing over, the patented brush strips work actively due to their inherent tension and the angled arrangement of the bristles - without any external energy supply needed. The capillary effect of the bristles allows the disinfectant fluid to reach the treads of the tires, rollers and soles.

The microbiological effectiveness has now also been scientifically investigated and confirmed. In cooperation with the University of Bonn, the IBELIN laboratory was responsible for the implementation and evaluation. The test object was a trolley with PA rollers on which the bacterial and mould contamination was measured. The selected test organisms were Escherichia coli (rod bacteria which behave analogue to Salmonella), Enterococcus facium (bacteria with high environmental resistance analogue to Listeria) and Aspergillus niger (mould). The contaminated trolley was pushed over a ProfilGate® aqua field of 2 metres in length. The disinfection liquid in the trays had a concentration of 2%. Samples were taken before and after the crossing, which were later examined in the laboratory. The result shows that by crossing the ProfilGate® aqua field once, a significant microbial reduction of 99% in bacteria and 90% in mould spores took place. 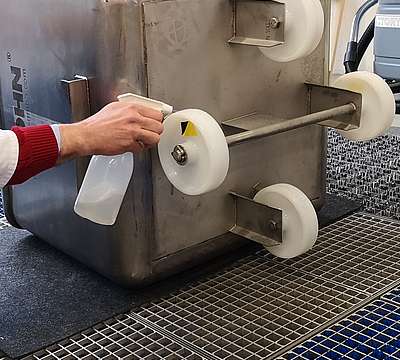 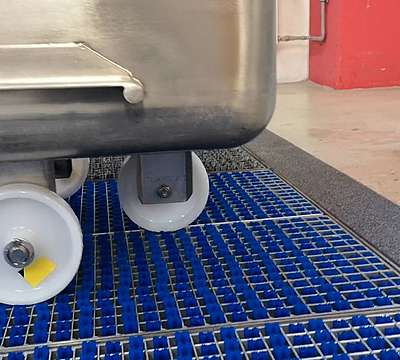 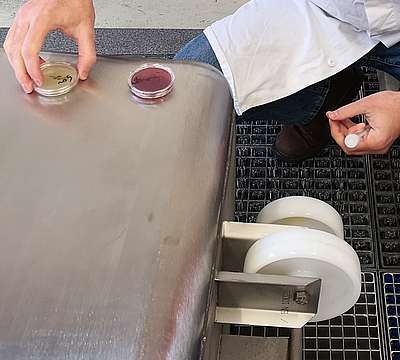 Test of the effectiveness of ProfilGate® aqua (contamination, drying, driving over, sampling).

The test for work shoes was carried out with the two bacterial strains as well and the laboratory result is also unambiguous here and shows a reduction of 99%. 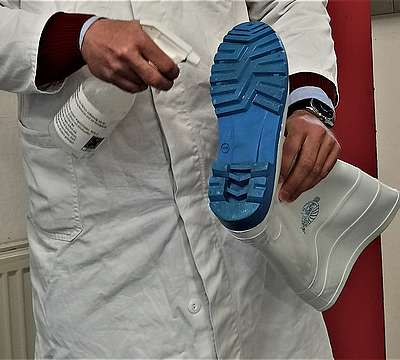 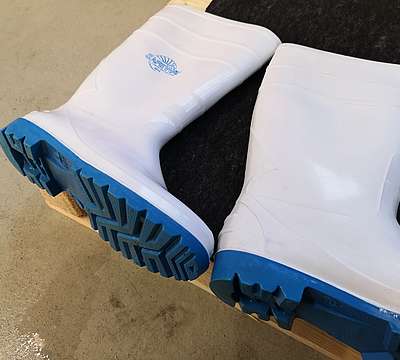 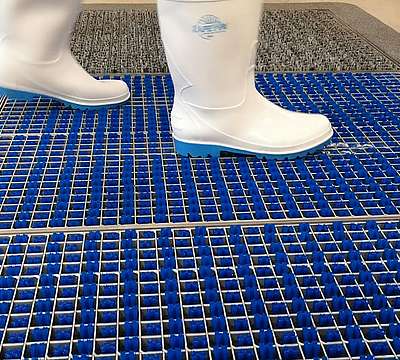 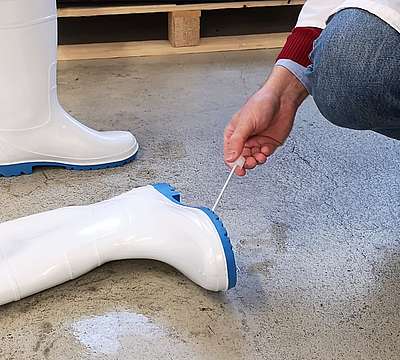 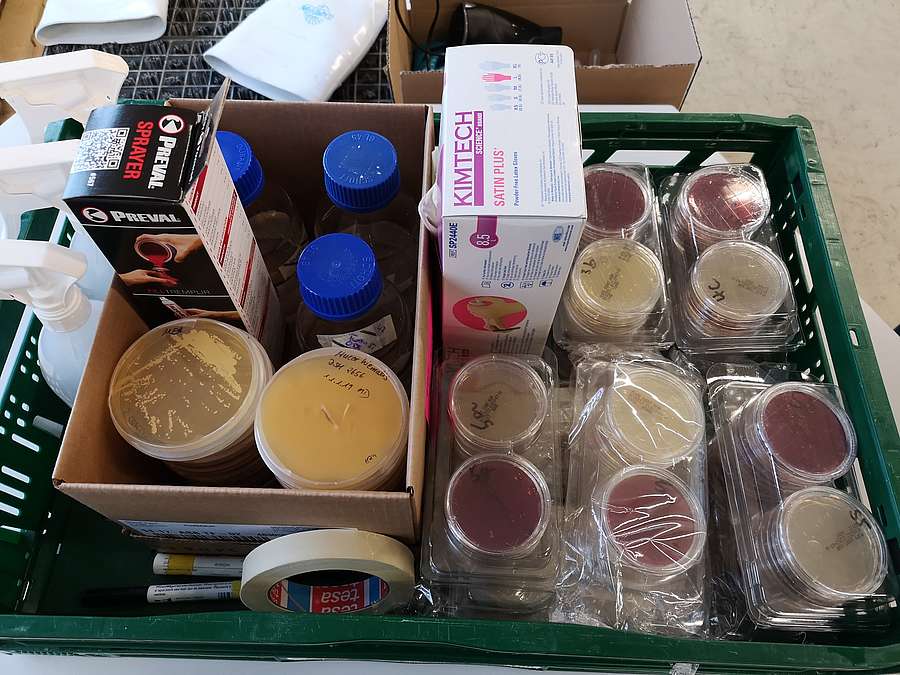 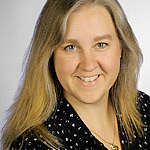